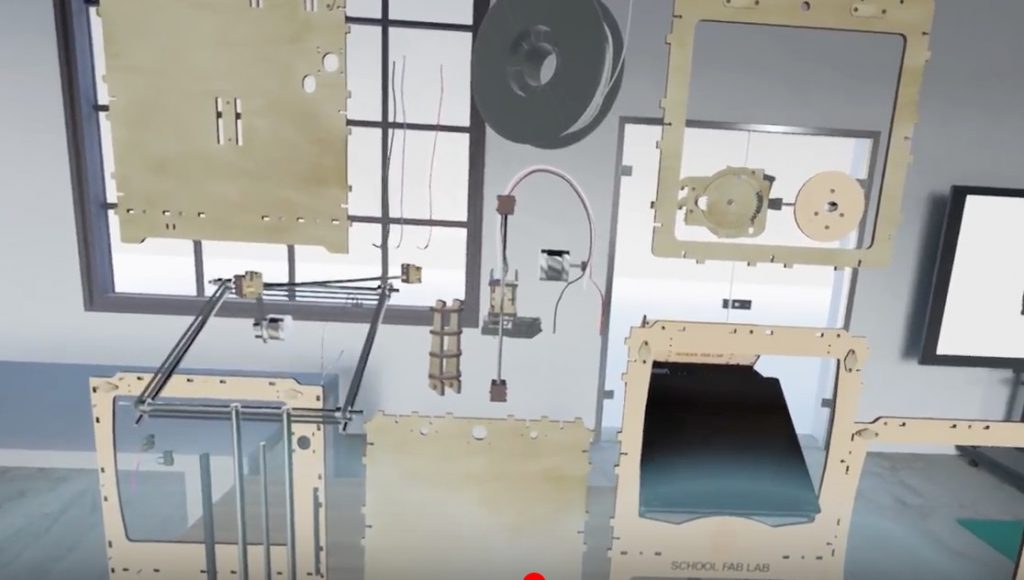 As is often the case, something done in virtual reality is easier than in reality. Just as this “Ultimaker Assembly & Disassembly” video represents, a finished 3D printer can be taken apart and put back together in 25 seconds!

In this Ultimaker example, the newly created School Fab Lab Virtual Reality (SFL VR) App allows a virtual hand to select the “Disassemble” button – and then the Ultimaker pieces separate into mid-air. The hand presses “Assemble” and the pieces float back into shape as before.

The School Fab Lab Virtual Reality App is now available from the STEAM market for the HTC Vive. Find it here.

—
The Ultimaker machine in the SFL VR App is just like the ones found in School Fab Lab Makerspaces built at  St. Joseph High School and Fontbonne Hall Academy, both in Brooklyn, New York. Students there are able to use the actual 3D printers to create items, of course – but the VR version takes things one step further. Students can see the machine from the inside out… Perhaps learn how to assemble a real one for themselves… And certainly, they might gain the knowledge and courage to make more complicated items in reality.

Other machines in the School Fab Lab Makerspace stations to experience on the SFL VR App include a Laser Cutter, a Drone, and the MakerBot 3D Printer.

Learn more about the School Fab Lab Makerspace and the SFL VR App.  Schedule a Free Consultation to create a Makerspace in your school!

Patty
Sharing news and accomplishments around the world to educate and inspire. Based in the San Francisco Bay Area.
Previous Post
School Fab Lab Makerspace Stations at Fontbonne Hall Academy
Next Post
SFL VR App for the HTC Vive is Now on the STEAM App Market! 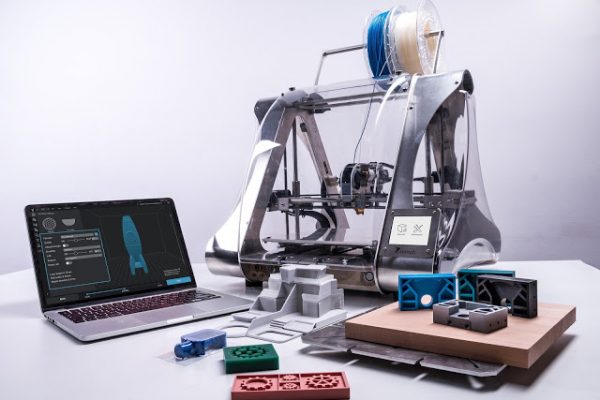 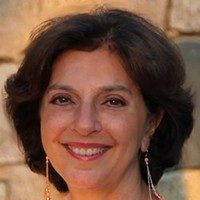 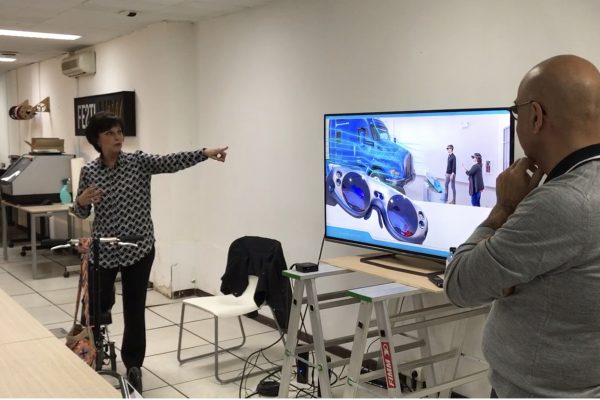